POPPING TO TOP WITH THE PEPPER

Being recognized for the efforts and actions you put forward to get upfront is one of the best feelings ever to live and rejoice. Team Backstage is much proud and privileged to present our beloved ones with the pleasurable news that we have been awarded The Pepper Awards 2021, one of the biggest advertising awards in India. 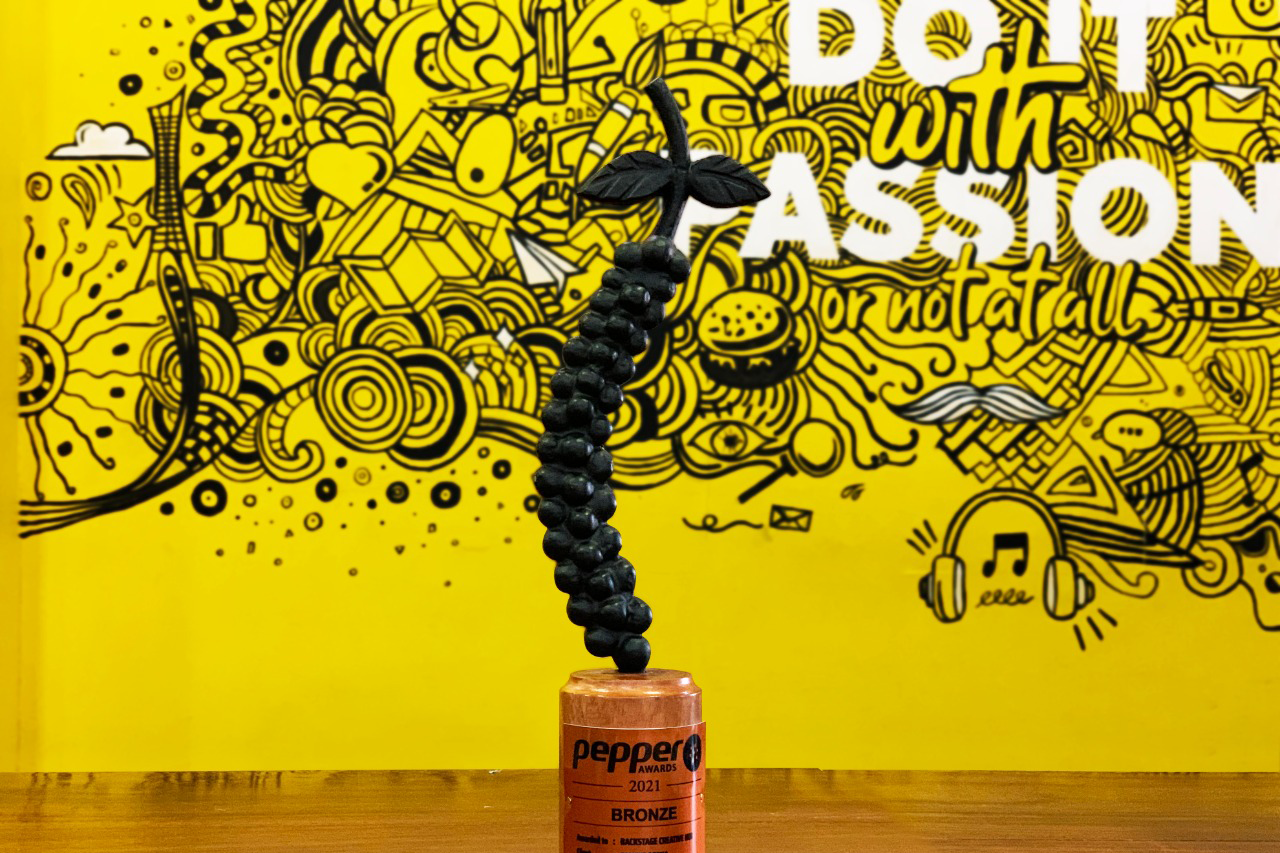 The Pepper Awards which is being organized by the Pepper Creative Award is renowned as the largest creative award in South India and the second largest one of its kind in India. Observance of the respected award ceremony is being conducted since 2007 for rewarding the Best Advertising Agencies in south with the fame and recognition they rightfully deserve.

The call for entries for the award had been sent to all ad agencies, production houses, printers, and photographers across South India. A well-planned panel occupied with eminent personalities from India’s creative realm is put in charge of evaluating the entries. The best among the best of the creative agencies from the states of Kerala, Karnataka, Tamil Nadu, Andhra Pradesh and Telangana strive to get into the limelight of this award and compete in over 80 categories including Agency of the Year Award, Advertiser of the Year, Special Jury Award, etc. to attain it.

Team Backstage had entered into the fray of Pepper Awards for the first time in the 14th edition conducted in 2021 and has bagged the award of the order Bronze in the “Logo Design” category for the logo we have been able to craft for our beloved client, Team Calicut Arena.